Mary Brainerd and Warren Hanson authored a StarTribune opinion article to reflect on the important link between the availability of affordable housing and good health outcomes. 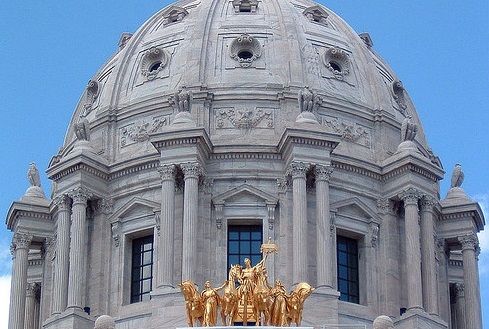 Campaign proposals from Minnesota’s gubernatorial candidates could pave the way to bipartisan cooperation.

Minnesota heads into the 2019 legislative session with a divided government.

Democrats control the governor’s office and the House of Representatives while Republicans have a majority in the state Senate. On the surface, that seems like a recipe for gridlock. But look deeper and there might be more common ground than first seems evident.

Recent proposals in housing and health policy — including campaign proposals from Minnesota’s gubernatorial candidates — could pave the way to bipartisan cooperation.

Minnesota long has been a leader on both health and housing. Today, though, the state’s advantages in both areas are eroding and the impact is felt throughout the state. It’s unlikely that Gov.-elect Tim Walz’s “One Minnesota” can succeed without resolving the problems of access and affordability that are disrupting the health and housing markets.

If policymakers are able to put partisan rhetoric behind them, though, and look at some shared underlying principles, solutions can be found. That task has been made easier by the largely civil and respectful tones that defined the campaigns of Republican gubernatorial candidate Jeff Johnson and DFLer Walz.

On health reform, Johnson’s emphasis was on those with pre-existing health conditions; Walz made a priority of those who were priced out of the individual insurance market. The candidates offered solutions that are cousins of each other, and the relationship isn’t too distant.

Proposals from Walz and Johnson: 1) put government in the role of the guarantor of access to health insurance, 2) require payments from beneficiaries, 3) provide taxpayer-funded subsidies to keep access affordable and 4) rely on the private market to deliver the products and services.

These principles aren’t Republican or Democratic; they are Minnesotan. They are the basis of much of the innovative public policy that has made the state a good place in which to live and work.

And not only can such principles define solutions to meet the health goal shared by most Republicans and Democrats — affordable and accessible health care for Minnesotans without regard to health status or income — they are also at the basis of bipartisan solutions to the state’s growing housing challenges.

Earlier this year, the Minnesota Housing Task Force — a bipartisan working group of experts from the public and private sectors — recommended a range of solutions built on these same bedrock Minnesota principles. The recommendations recognize that the marketplace — freed of unnecessary red tape — often is best able to be the provider of goods and services, but government must have a role in helping people at times in their lives when they are most vulnerable.

The recommendations the task force developed from these principles should appeal to Republicans (cutting red tape and unnecessary regulations), to Democrats (providing more resources, including more government support) and to admirers of innovation in both parties (unleashing Minnesota’s expertise).

Health and housing policy should rise to the top of Gov.-elect Walz’ agenda, not only because there is opportunity, but because there is urgency. It’s not just lower-income Minnesotans who are in crisis. Increasingly, health and housing are jeopardizing the future of middle-income earners. It’s not unusual to find farmers, small business owners and others who have to shop for insurance coverage in the individual market who end up paying $20,000 or more in premiums for a plan that includes thousands of dollars in deductibles and other out-of-pocket costs.

The same is true in housing. The median income for a college-educated Minnesotan is up 6 percent in real dollars over the last 20 years. Home prices, meanwhile, have risen 47 percent. Renters face the same income-cost gap. The market is even more challenging for those with less education.

Health and housing are linked. A review of research on the health-housing ties in the journal Health Affairs summarized the findings by saying that “providing access to stable housing can improve health and reduce health care costs.” When people have stable housing and affordable health care, kids learn better, workers earn more and communities thrive.

Minnesota’s future depends on building common ground on shared principles. In health and housing policy, the goal of a healthy, productive workforce and economically vital communities should be the foundation for bipartisan action.

Read the opinion piece at the StarTribune.