In making a play for Amazon, would we be selling our souls?

Jon Tevlin of the Star Tribune: Across the Twin Cities, from Arden Hills to Shakopee, city planners are huddling with developers and Mad Men to put together the biggest "welcome basket'' the state has ever seen. 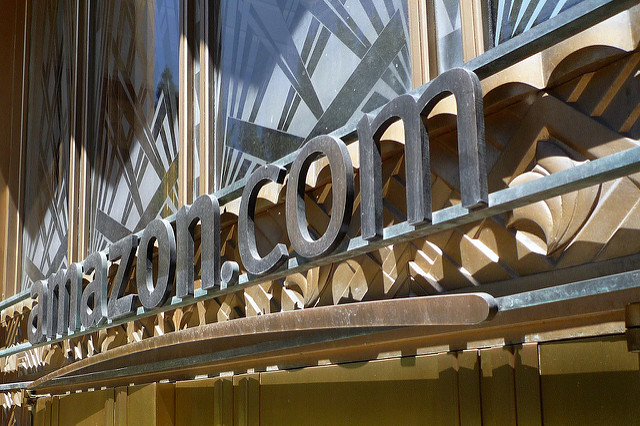 The seduction of the brogrammers has begun.

Across the Twin Cities, from Arden Hills to Shakopee, city planners are huddling with developers and Mad Men to put together the biggest “welcome basket’’ the state has ever seen.

The basket will include “incentives to offset initial capital outlay and ongoing operational costs,” or as a favorite Minnesota Viking, Randy Moss, once put it: “Straight cash, homey.” The basket will be sent to a guy named Jeff Bezos at an address in Seattle, a city swallowed whole by his company, Amazon.

I’m guessing the package of goodies — incentives meant to lure the company to the Twin Cities for its planned second headquarters — might also include a can of Spam and a bag of wild rice. I hope I’m wrong. Arizona tried to woo Bezos with a cactus. He sent it back.

There will probably be some advertising slogans with the pitch, which is being coordinated by the state Department of Economic Development and Greater MSP.

“Ramsey County: Why the heck not?”

Ramsey County is not alone in the pursuit of the “brogrammers,” the term referring to the fraternity of wealthy computer programmers who have overrun Seattle’s craft cocktail and coffee bar scene. More than a dozen potential sites have been offered across the Twin Cities, including four in Minneapolis and three in St. Paul, to land the behemoth company that could eventually employ 50,000 workers.

The Twin Cities is not widely thought to be a favorite, but it has appeared on a few Top Ten lists because we have a lot of the company’s “critical decision drivers,” including, apparently, a willingness to give them piles of money and massive tax breaks.

Landing Amazon would be a huge coup that would shift the center of the universe a little more toward Minnesota. Economic growth would swell exponentially. Developers would swoon and BMW dealerships would proliferate.

But in reading opinions from writers who now live in Seattle, such a victory could come at an unforeseen and mighty steep price: our soul.

“The Amazon-led influx has dramatically changed the culture in many parts of the city,” he wrote of what’s happened in Seattle. “Neighborhoods increasingly feel dominated by a white, male cohort of recent college graduates making six-figure salaries. The level of angst among people who have lived here for much of their lives is palpable and infectious.”

Minnesota mayors and City Council members who are currently struggling to grapple with massive inequities among whites and minorities may want to heed the words of Seattle author Jason Schmidt, who wrote:

“The presence of Amazon.com (or Microsoft, or Google, or whatever) in Seattle doesn’t really do anything to improve your lot in life. All it does is bring thousands of developers, project managers, and other tech workers into the city. I’m sure they’re nice people, but they earn upward of $100,000 a year, and they like your apartment. They think the house you grew up in is charming. And they are ready and willing to pay more for housing than you could ever afford, in your wildest dreams.”

In an e-mail, Schmidt said: “The advice I would give Minneapolis is for civic leaders and community organizers to ask themselves and their constituents what they want for Minneapolis in the future, and to understand that what’s good for Minneapolis, as a place, isn’t necessarily good for the people who live there now … Amazon has been a tremendous benefit to Seattle in many ways, but many of those benefits have been very unevenly distributed.”

“This is such a blue chip economic development opportunity for our community and it would do many good things,” including the ancillary jobs around an Amazon headquarters. “But typically the jobs are in the service sector,” said Hanson.