With SE Minnesota poised for explosive growth, attracting and retaining workforce is more important than ever. Equally important is ensuring communities have adequate and affordable housing to meet workers’ needs. 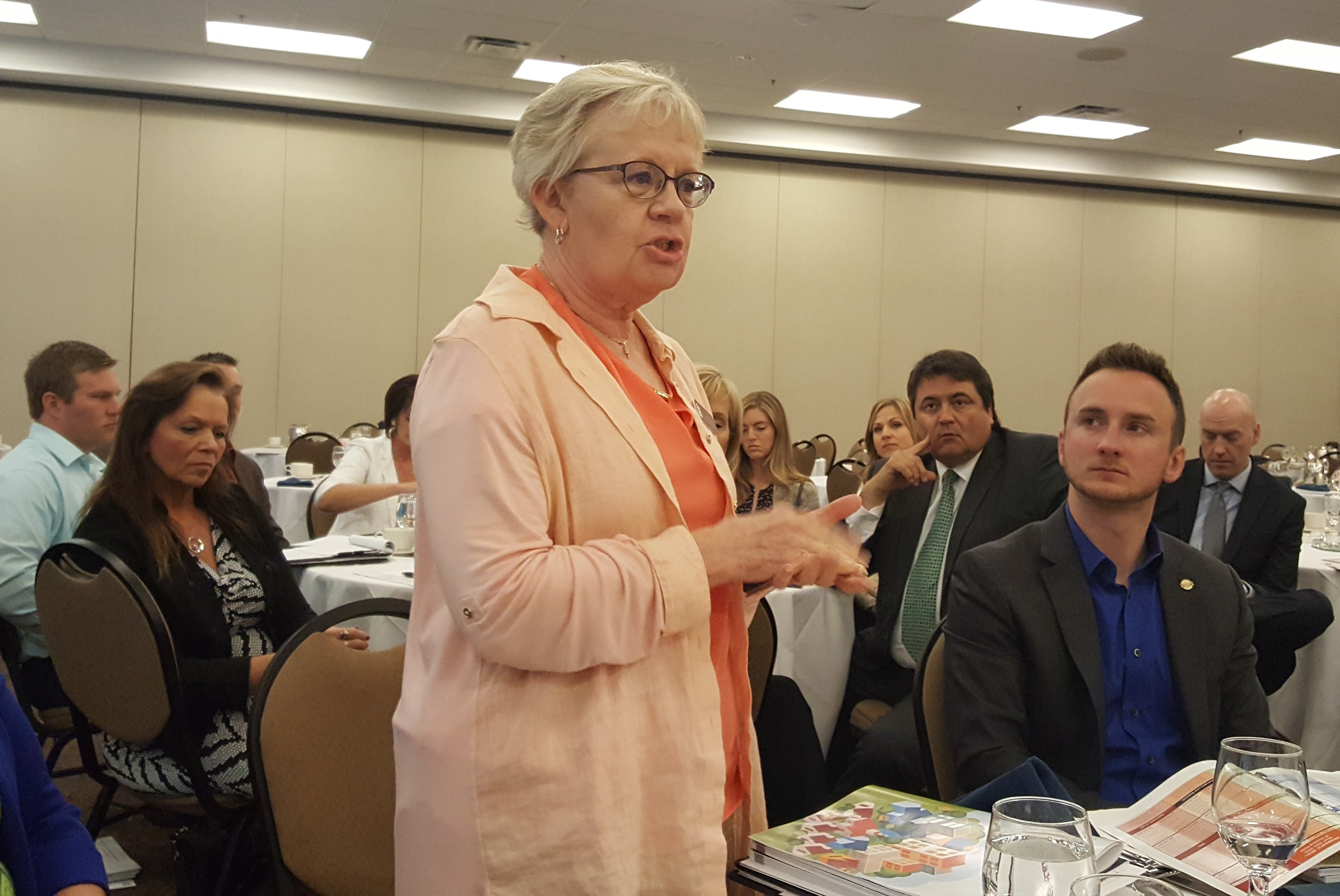 The Rochester Area Foundation, regional chambers of commerce, and other Southeast Minnesota regional initiatives hosted a workforce housing summit in Rochester in May 2017.

Television station KTTC produced a short video featuring interviews with local workers struggling to make rent and stay in their homes to help set the stage for the discussion and show what’s at stake.

One example of the mismatch between the boom in jobs in the greater Rochester region and the lack of affordable housing came in this anecdote: A new IT director for Olmsted County was hired. He would need to relocate from North Dakota. After encountering the locked-up housing market he told the county he had turn down the position; he simply couldn’t find a place to live.

Another Rochester resident in KTTC’s video shared that she holds down two jobs and makes twice minimum wage, yet she still can’t afford rent. She says can’t save anything because she’s living paycheck to paycheck, making it hard to imagine when she would be able to get ahead.

“The best housing program is a good paying job,” said the city manager of Austin in his remarks, though the video pointed out that workers need to make far above minimum wage to secure housing in the current market. As GMHF president & CEO often points out, the market works well for those of middle and upper incomes, but it never works well for those with low incomes.

There are 500 homeless school children in the Rochester schools, which GMHF’s John Errigo pointed to as an indication that the region is facing a crisis. The impact of not having consistent housing on families can be devastating. Moving often means changing schools and peer groups, taking a huge toll on kids in their social development and educational outcomes.

“It’s not only a moral imperative but in our enlightened self-interest to do something about [the housing crisis],” said Rochester Area Foundation’s Steve Borchardt.

Many audience members wanted to know why so little affordable housing is built these days. Developers offered various perspectives. They noted the huge labor shortage in the construction trades. Some voiced concern about city fees on new developments that add to the cost of developing new housing, making the homes less affordable to tenants. One realtor noted that getting rid of the requirement that all single-family homes have sprinklers lowered the cost by $5,000 per unit alone.

One panel member said the biggest obstacle to constructing the needed housing is that the region needs more infrastructure bonds from the state. Margaret Kaplan of Minnesota Housing noted that the state agency had provided $71 million to the region in 2016, and $193 million over the past three years. In spite of the large sums, she said those allocations don’t come close to meeting the region’s demand for affordable housing.

Plans for the future: GMHF pushes for aspirational goals

In 2016 GMHF published the 2016-2020 Housing Framework: Aspiring to Accommodate Regional Growth, a report on the Olmsted County market area and how the region can address its affordable housing shortage in a manageable way in the coming years.

In the course of its research, GMHF determined that  producing 343 affordable homes per year over the next five years, or 1,715 total homes by 2020, would meet 35-40% of the region’s needs. Doing so would require the Olmsted County HRA levy be increased by 15%, that local employers and philanthropies contribution $3 million a year, and that the local government implement a 10% inclusionary housing requirement.

Pursuing these strategies would maximize available resources and build an aspirational yet realistic number of affordable homes, though it would still meet just over a third of the regional need.