MinnPost reporter Peter Callaghan captures Hennepin County’s decision to invest $3 million in the NOAH Impact Fund and the issues behind the effort. 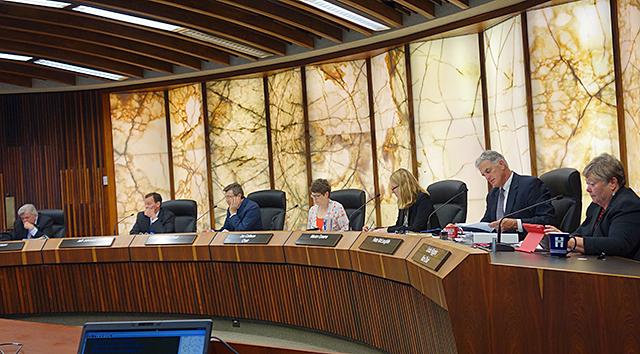 Hennepin County became the first government in the region Tuesday to pitch in on a new effort to help preserve what is termed “naturally occurring” affordable housing in the metro area.

The county’s $3 million will be combined with money from other sources, including foundations and banks, to build a $25 million fund led by the Greater Minnesota Housing Fund. The money will be used to buy apartment complexes before they can be purchased by real estate investors and converted into market-rate housing.

The effort comes in response to a hot real estate market in the Twin Cities, which has created financial incentives for investors to purchase affordable housing complexes, remodel them and increase rents. Tenants of those properties are often faced with displacement if they can’t afford the higher rents and if the new owners stop accepting Section 8 housing vouchers. Three such conversation have already happened recently in Hennepin County, potentially making 1,300 affordable units unaffordable for low-income renters.

Warren Hanson, president and chief executive of the Greater Minnesota Housing Fund, described the NOAH Impact Fund (NOAH is an acronym for naturally occurring affordable housing). He expects to have funding commitments of $25 million by sometime this summer and begin purchasing properties in the fall. The money would be used for the equity investments in buildings — essentially down payments — with the rest of the purchases funded with traditional bank financing working with entities that already own affordable housing properties.